Back in June of this year, 2014, I spent a week in New York city meeting with Editors and Art Directors. It was a very hectic trip that was very tightly scheduled. With over 20 meetings in four and a half days, there was little time to enjoy what New York has to offer. I did manage a really quick peek at the amazing exhibit The ABC of It: Why Children’s Books Matter at the New York Public Library.

The impact of walking through this exhibit was profound. One doesn’t quite realize how deeply ingrained children’s books have been on one’s upbringing until you walk through an exhibit like this. Each and every display struck a chord and I had to catch my breath several times when I realized what I was standing in front of. Here is a quick visual recap of what we got to enjoy! 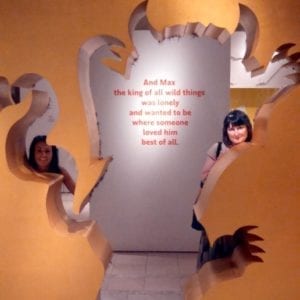 Yes, that is an actual dummy of “The Tales of Peter Rabbit” constructed by Beatrix Potter herself together with some of her sketches. Breathtaking to see history in front of your eyes, especially work by Beatrix Potter considering all that she has done for children’s publishing. 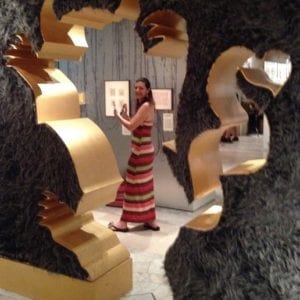 An Eric Carle color sample. He paints all of his own tissue paper for use in his collages. Maybe it’s just me, but I get so inspired and excited to see the actual materials that he uses in his wonderful artwork. The detail is breathtaking.

Roar! Who doesn’t love “Where the Wild Things Are?” This display was absolutely divine. Here are my incredible friends and fellow writers, Dawn Young and Colleen Rowan Kosinski, who is also an amazing illustrator. The photo of me was taken my Colleen. Thank you my friend. Don’t you just love the cut out of the monster?

No doubt  you are familiar with the Pura Belpré Award which is awarded annually by the American Library Association . The award is named after Pura Belpré, who was the first Latina librarian in the New York Public Library. She was also a writer, collector of folktales, and puppeteer. Here are some of her puppets that she not only made but also used during her story telling.

Seeing that I had just recently re-read “The Secret Garden” I was completely smitten with this display. Here in front of my eyes was the actual handwritten manuscript with corrections by Frances Hodgson Burnett herself. I felt like I was looking at the Holy Grail.

Around another corner, Pooh’s corner to be exact, there were the original Winnie the Pooh and friends stuffed plush toys. A. A. Milne characters have been so well loved over the years that it was quite amazing that the original set of toys is still is fairly good condition.

The exhibit just recently closed after being on display at the New York Public Library for well over a year. I wish that I lived closer to New York City so that I can take advantage of such wonderful gems more often.

Happy Creating to you all.
T. 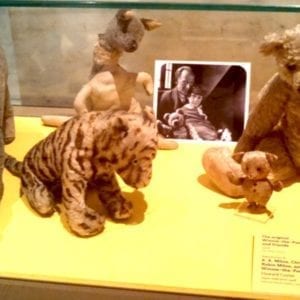 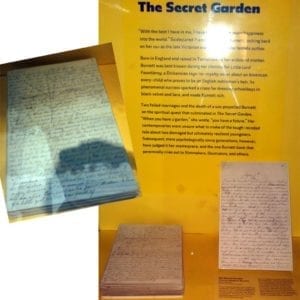 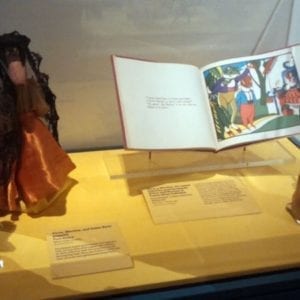 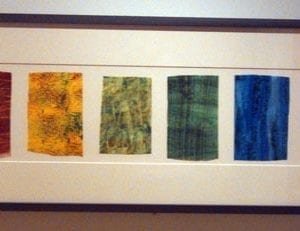 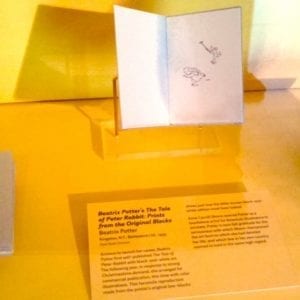