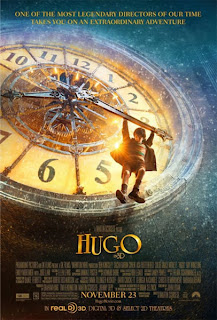 A big huge “Congratulations” to the movie “Hugo” for not only receiving several Oscar nods but also for winning the esteemed statue for Best Cinematography, Best Art Direction, Best Sound Editing, Best Sound Mixing, and Best Visual Effects. However, long before “Hugo” enthralled movie goers with its visual splendor, it was the wonderfully illustrated novel “The invention of Hugo Cabret” (http://www.theinventionofhugocabret.com/ ) written and illustrated by Brian Selznick. 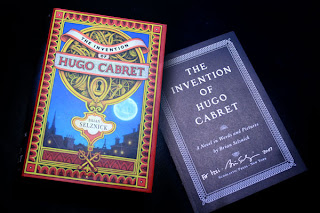 This of course is not new news especially considering that the book won the “Caldecott Medal ” in 2008. You can imagine how excited I am that I have a signed first edition of the book. In February of 2007 I was very lucky to attend the SCBWI National Conference In New York. Brian Selznick was the morning keynote speaker that Sunday and he took his captivated audience through his inspiration and creative process of the book. I am a copious note taker so with all this Oscar excitement I thought that I would revisit my notes from his keynote address. Here are some of the little pearls of wisdom that Mr. Selznick shared about “Hugo.”

• “Struggle and fear are part of the process.” Hearing this from someone of the caliber of Brian Selznick was rather reassuraning. Self doubt and fear of rejection is a big part of being an artists and something that I face quite often. To know that Mr. Selznick experiences similar anxieties is very comforting. 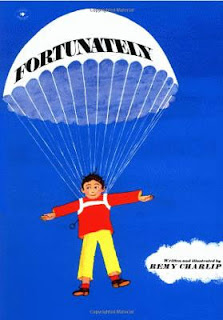 • “Fortunately,” written and illustrated by Remy Charlip, was one of Mr. Selznick’s favorite picture books when he was young. If you are not familiar with this little gem, make sure you look it up in the library or even better find one for your collection. It is well worth the read and will leaving you smiling for the rest of the day.

• “Hugo” was the name of one of Brian’s childhood toys.

• Brian Selznick was very interested in kids that are obsessed with something. Hugo’s fascination with the automaton allowed Mr. Selznick to explore both the fixation of the boy but also explore the amazingly intricate machines themselves.

• Page turns are an integral part of the reading experience and a great tool that he used in the creation of the book. Mr. Selznick’s purpose was to create a movie-like reading experience for “Hugo” readers. The repetition of similar scenes page after page allowed him to zoom in, much like in a movie.

• He would create lots of mini dummies of his book and the sequences in order to test his page turns.

• The final artwork was created at one quarter of the book size. This meant when the artwork was scanned and blown up, the grain would be amplified, thus simulating the graininess of an old movie.

• This last one is my favorite. Throughout the creation process, Mr. Selznick would continually cut our portions of text and replace it with a list of drawings. We would go back to his editor and let them know that the page number of the book were adding up. Luckily, Scholastic believed in his vision and allowed his creativity to soar. It was well worth it in the end.

Happy Creating to you all. T.